In a neat twist to help celebrate and acknowledge Renault UK’s 40th anniversary year in national level motorsport in Britain, as well as our 20th year in business, we have decided to put forward a one of a kind winner’s prize for the first British champion of the fourth generation Renault Clio Cup era – a restored, classic Renault 5 GT Turbo road car!

As avid classic car enthusiasts ourselves we wanted to present the winning driver with a pristine example, in order to do that we needed a solid base to start our restoration. Below is a couple of pictures of the car the day we purchased it. The car has 60,000 miles on the clock and we are the 4th owners, the car has full history including tax discs, dealer and service stamps from the original seller, W. Waters & Sons Ltd. of St. Albans. 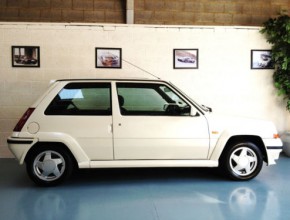 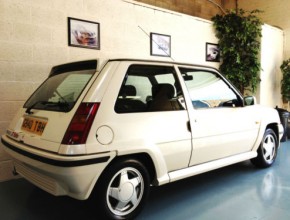 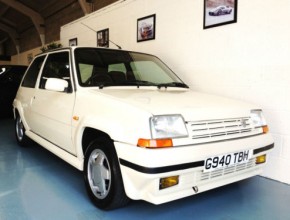 As you can see, the car was a good example to begin with but we were looking for perfection! So as we speak the car is currently stripped out ready for paint this weekend along with a full interior re-trim. We will have it back together and in Courier Connections Racing livery in time for the first meeting of the year at Brands Hatch next weekend, at least that’s the plan!

We’ll use this section of our site to keep you up-to-date on the car’s travels, from purchase, to paint, through the racing circuits of the full season to the presentation for the winner of the 2014 Courier Connections Renault UK Clio Cup championship.  So keep it here for news and updates on the car throughout the season, we look forward to unveiling it properly at Brands Hatch on the 29th!