Our sponsored driver in the Ginetta GT5 Challenge was at Rockingham this weekend whilst we were at the Courier Connections Clio Cup meeting at Thruxton.

Vic qualified the Ginetta in 14th place for round 4 of the championship after finding a major oil leak just 1/2 hour before  qualifying. A strong race drive saw Vic climb up through the field and posted his first top ten finish with a 9th place at the flag. In race 2 Vic made a great start from 12th on the grid and on lap 6 dived up the inside to grab 4th place. 1/2 a lap later it all ended in tears as  Swedish driver Strandberg side swiped the Ginetta pushing the car heavily into the barriers causing major front end damage and a dnf.5 hours of rebuild saw the car line up 22nd for race 3 and despite a first corner off Vic managed to claw his way back up the field to finish 11th. Despite the zero points in race two , Vic has moved up to 14th overall in the Championship and demonstrated that he has the pace to run at the sharp end.

We are very pleased for Vic to break into the top 10 fror the first time this season and we are confident that the good results will keep on coming with more seat time. 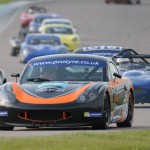 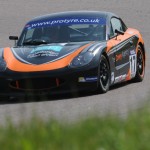 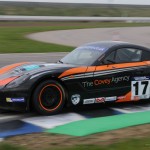 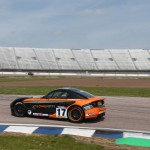