Look what has returned back!!

We are pleased to announce that after a (very!) long and tense few weeks, a special car has returned to Courier Connections Racing HQ!

We can guarantee (after a few finishing touches) that she will be coming along with us this weekend to Donington, until then you’ll just have to make do with this teaser shot. But trust us, you won’t be disappointed!! 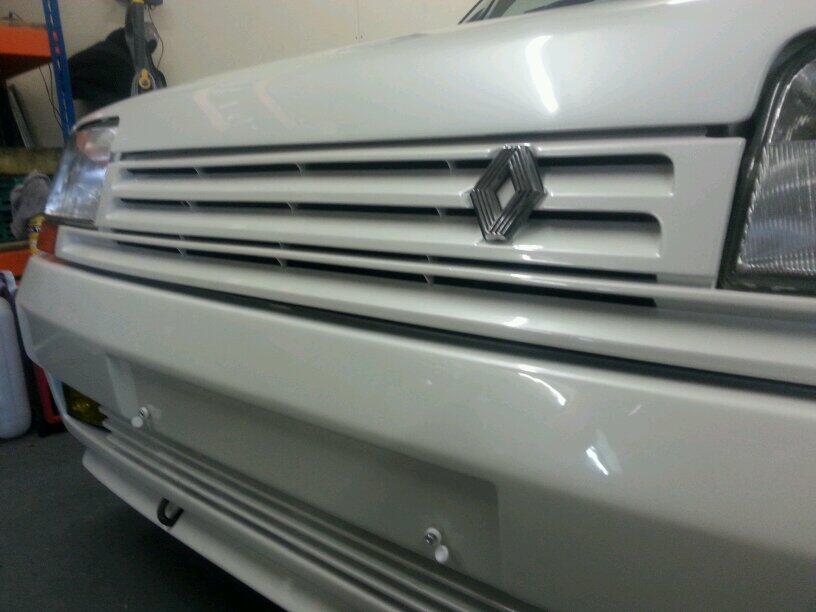 Well… It didn’t make it to Brands Hatch

We thought we should provide you with a quick progress update. If you didn’t know already – the Renault 5 GT Turbo never made it to Brands Hatch! Much to our disappointment, we had to source a last minute alternative in the form of a 2nd generation Clio track car to display in the Brands Hatch support paddock.

The reason? Quite simply, paint! As described in our first post introducing the car, the paint and bodywork were in very good condition for a car of that age. However, we were in search of perfection before we would be happy to unveil the car publicly, so a full re-spray was the order of the day. As classic car collectors ourselves, we were used to having cars painted, but none have caused us as much hassle as this one! The first attempt at paint showed up a reaction between the pearl finish paint we had chosen and the existing paint on the car, it turned out to be a disaster and left only one option, to sand the car back down and try again!

Two coats of sealer applied this time to try and stop a repeat of the problem, which looked good until the pearl top coat was applied again on the Tuesday evening before Brands Hatch race weekend. And yes, the same problem arose again, small sections of the pearl topcoat reacting and causing a very undesirable finish, trust me, you don’t want to see a picture!

So, the car never made it to Brands Hatch and the third sand down and respary attempt is currently underway. The interior has been reupholstered and is ready to go back in the car.

This time, we promise that the car will be unveiled at Donington on the 19th and 20th of April.

We will keep you up to date with the progress in between times!